A Decade of Marriage and Devotion

On the 29th of April 2021, Tower Mint with it’s Issuing Authority, the Isle of Man Government, struck the world’s first Fine Silver Kilo marking the Duke and Duchess of Cambridge’s 10th Wedding Anniversary, celebrating a decade of marriage and devotion.

This world first was struck by Lee Parker, Director of Production at TML.

Reverse Design: The reverse design features the letters ‘C’ and ‘W’ to represent Catherine and William, with a garland of flowers inspired by the Duchess’ wedding bouquet. The words ‘THE DUKE AND DUCHESS OF CAMBRIDGE • 10TH WEDDING ANNIVERSARY’ surround the design.

ISSUED BY: ISLE OF MAN GOVERNMENT 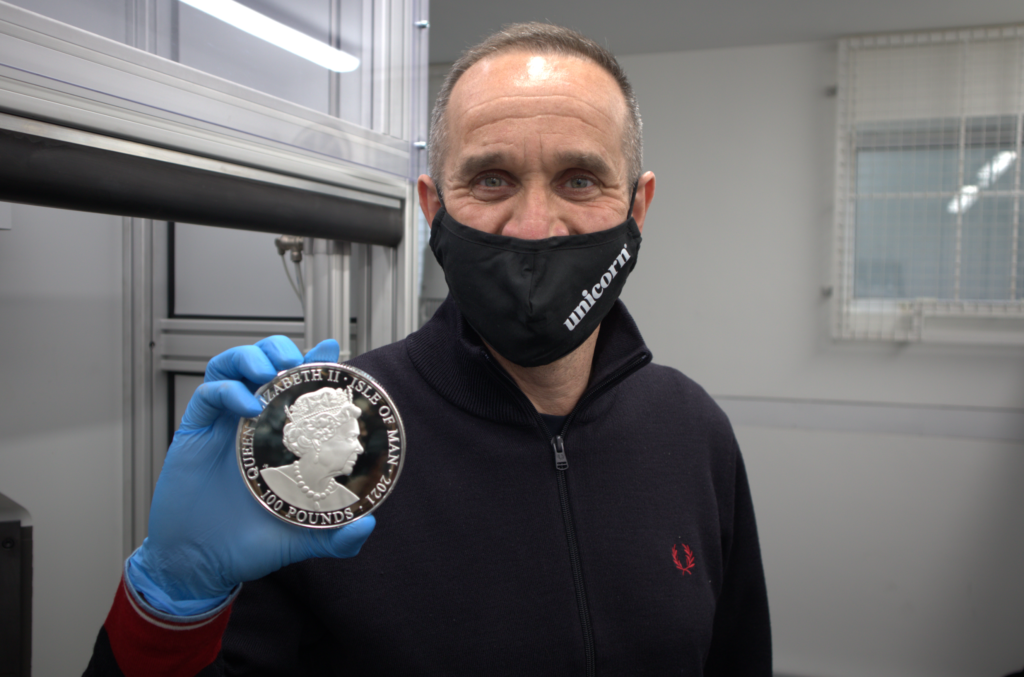